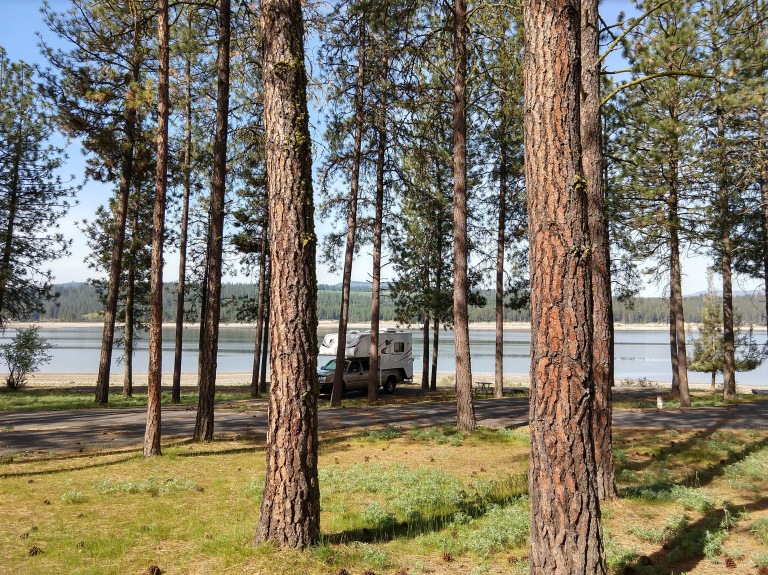 Just north of Hunters (a community of 300ish folks), and a little south of Cedonia (the name is a shortened version of Macedonia), we relax on the lake up against the beach. This is a section of the great Columbia River, whose drainage basin (according to Wikipedia) is roughly the size of France. It’s peaceful. It’s warm. And today, it’s home.

We’re in a Ponderosa pine forested area. Mainly Ponderosas punctuated with some Douglas fir and a few aspens. Warm sun in the afternoon … not hot yet, it’s still only May. Evenings cool down as a reminder that it’s still early spring here – the snow is abundant at higher elevations!

But today, we can look forward to the advancing summer. Change is in the air!! 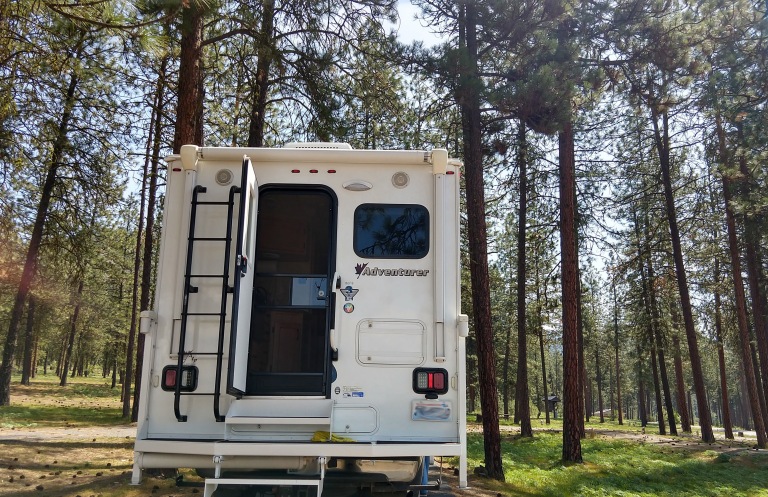 From our house, the waterfront is a gentle stroll down the beach …

… with another tranquil day in sight.